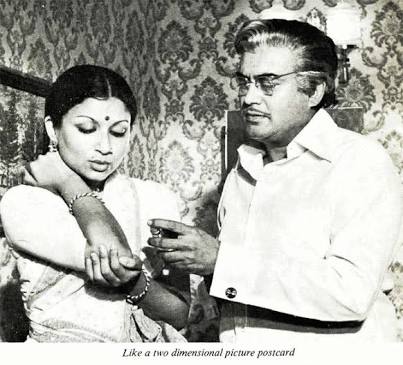 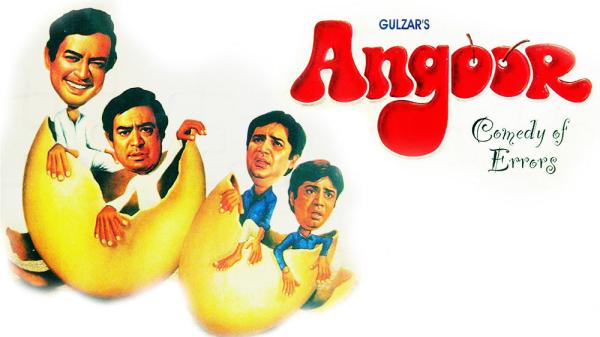 It was a movie released in 1982 starring Sanjeev Kumar, Deven Verma in double roles along with Maushami Chatterjee and Deepti Naval. It is based on Shakespeare’s comedy of errors. Its unique in a way because this is the only movie where Gulzar had attempted something in the comedy genre. Where all other movies are serious and explore complex human emotions, Angoor is light, funny and is full of situational humor. While other films are already well known and critically acclaimed, Angoor is not that popular. And in spite of being a brilliant film, I am not sure why it was not a hit. Utpal Dutt and Shammi have two twin sons who are named as Ashok. And they also adopt another set of twin boys and name them Bahadur. In a ship accident, the family gets separated where one Ashok and one Bahadur stay together each. Years later they come together coincidently in a city and from there starts a hilarious tale of confusion, misunderstandings and errors which finally ends in a happy reunion.